A solo performance lasting about 1 hour (depending on the chosen repertoire). The harp is a rare and beautiful instrument, which is why harp concerts are very popular among the audience. The recital consists of harp music and arrangements of famous classical music pieces. My repertoire includes:

The combination of these two instruments gives an exceptionally beautiful and noble timbre. The harp with flute has become an inspiration for many composers, which is why there is a very rich repertoire. I work with various flautists, including Karolina Zych (Warsaw Chamber Opera) and Magdalena Łapińska. The duo's repertoire includes:

I accompany the excellent singer – Marta Czarkowska (proMODERN). The repertoire consists of early and romantic music, including:

My repertoire contains concertos for harp and symphony or chamber orchestra as well as a large music ensemble, including:

A performance may take the form of: 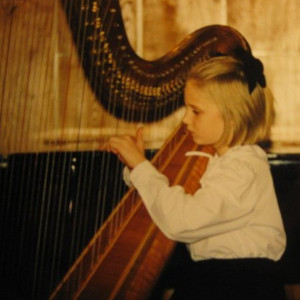 The harp is a very original instrument and may be a more interesting solution for future music lovers than a piano or a violin. Both children and adults can attend lessons. The advantage of this instrument is the fact that from the very first sounds the student produces a nice tones, pleasant to the rest of the household.

All classes are prepared individually, and the repertoire is selected with the student himself. I prepare the arrangements for harp of the students' favorite songs and musical works myself. In lessons, over time, you will learn how to play your favorite tune on the harp.

Each lesson is prepared for a specific person, so that it corresponds to their predispositions, musical tastes and harp advancement – either if someone sees the instrument for the first time in their life or already has some musical experience.

I am a harp teacher at the State Music School Complex No. 1 in Warsaw – a school with great traditions and the oldest class of harp in Poland (previously the school at Miodowa street).

Harpist-mathematician, the Chopin University of Music graduate (diploma with honours) and the Faculty of Mathematics, Informatics and Mechanics at the University of Warsaw graduate. I deepened my studies at a prestigious Schola Cantorum Basiliensis in Switzerland in the field of playing the historical harp. I am a laureate of many musical competitions, including 1st prize in an instrumental competition in Paris as well as a scholarship holder of the Minister of Culture and National Heritage, the Centre for Artistic Education, the Marian & Zofia Kirsch Foundation (Switzerland), the Musik-Akademie Basel scholarship fund (Switzerland), the Józef Elsner Foundation and the scholarship programs of the Adam Mickiewicz Institute.

As a soloist/chamber musician I performed in many places, including the Witold Lutosławski Concert Studio of Polish Radio, the Stanisławowski Palace, the Czech Radio in Ostrava, the Austrian Cultural Forum, the Academy of Fine Arts Auditorium, seat of the Senate of the Republic of Poland, Royal Castle in Warsaw.

I play the entertainment music as well. I also deal with the realization from a figured bass on harp, performing in baroque ensembles.

My passion is wall and rock climbing as well as theatre, with which I am associated through musical and theatrical projects. I was a member of the Hybrydy theatre at the University of Warsaw. I perform in the National Theatre in the play “Three Sisters” directed by Jan Englert. 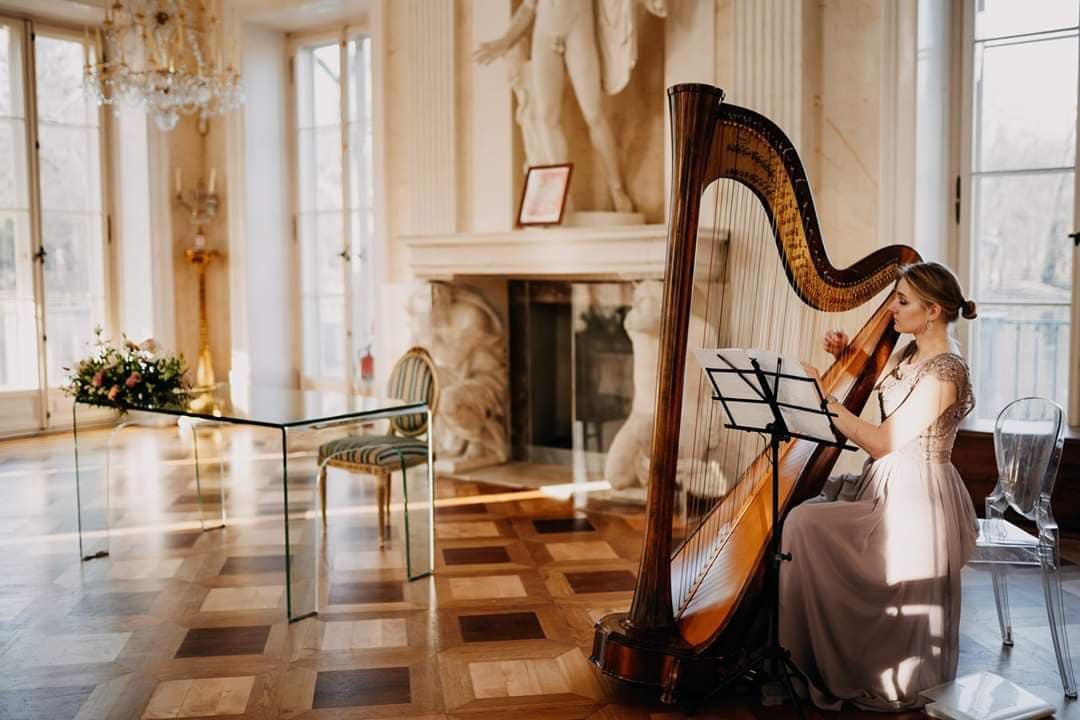 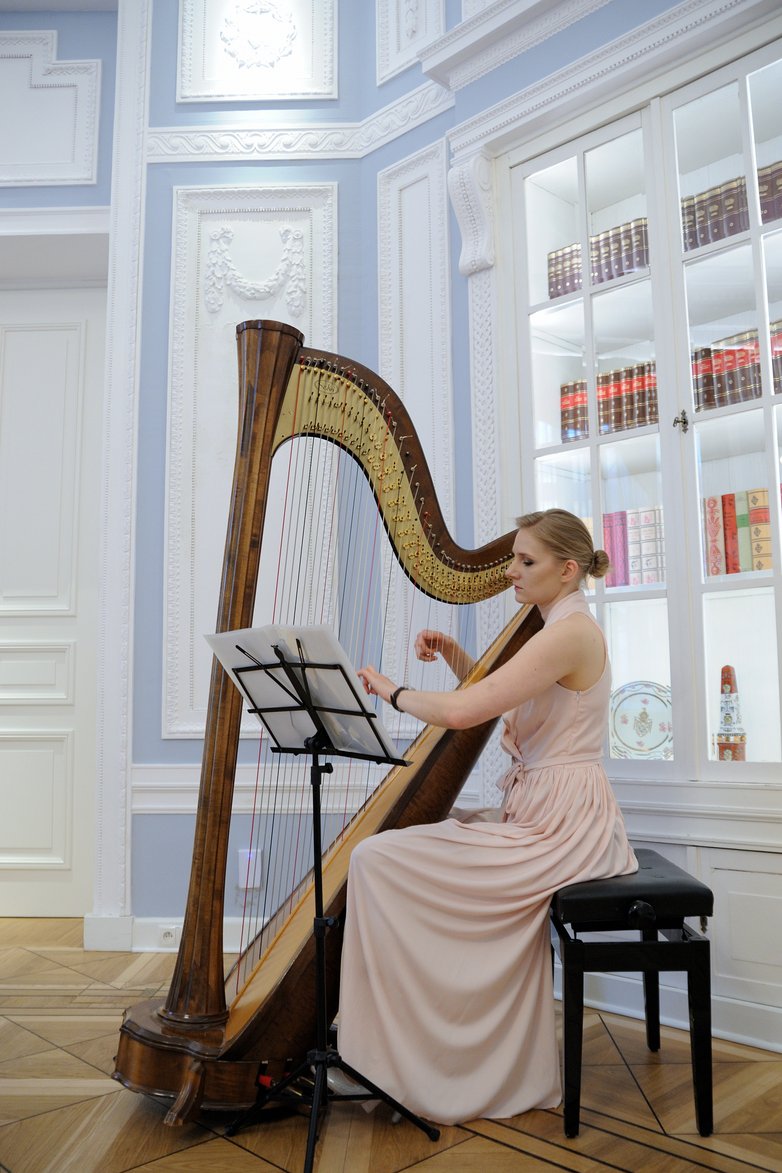 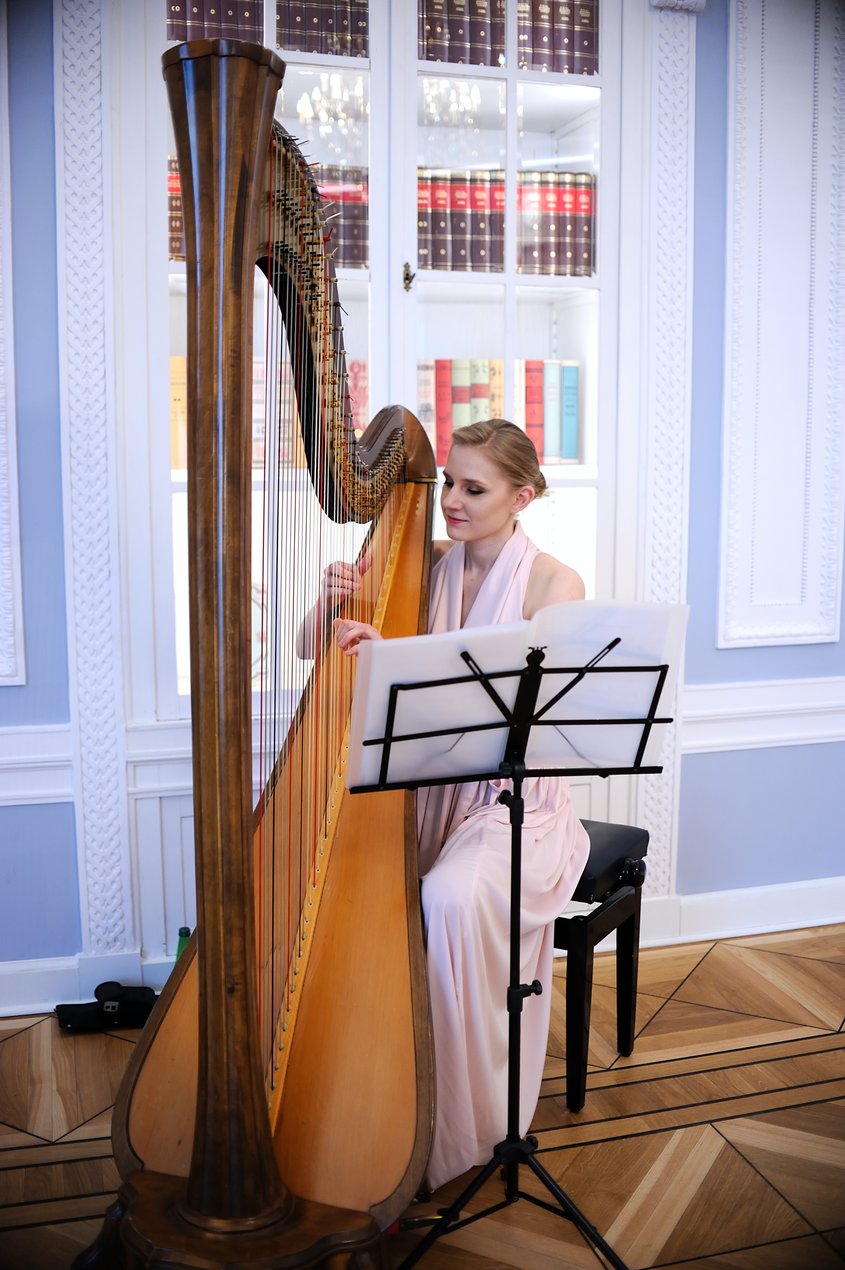 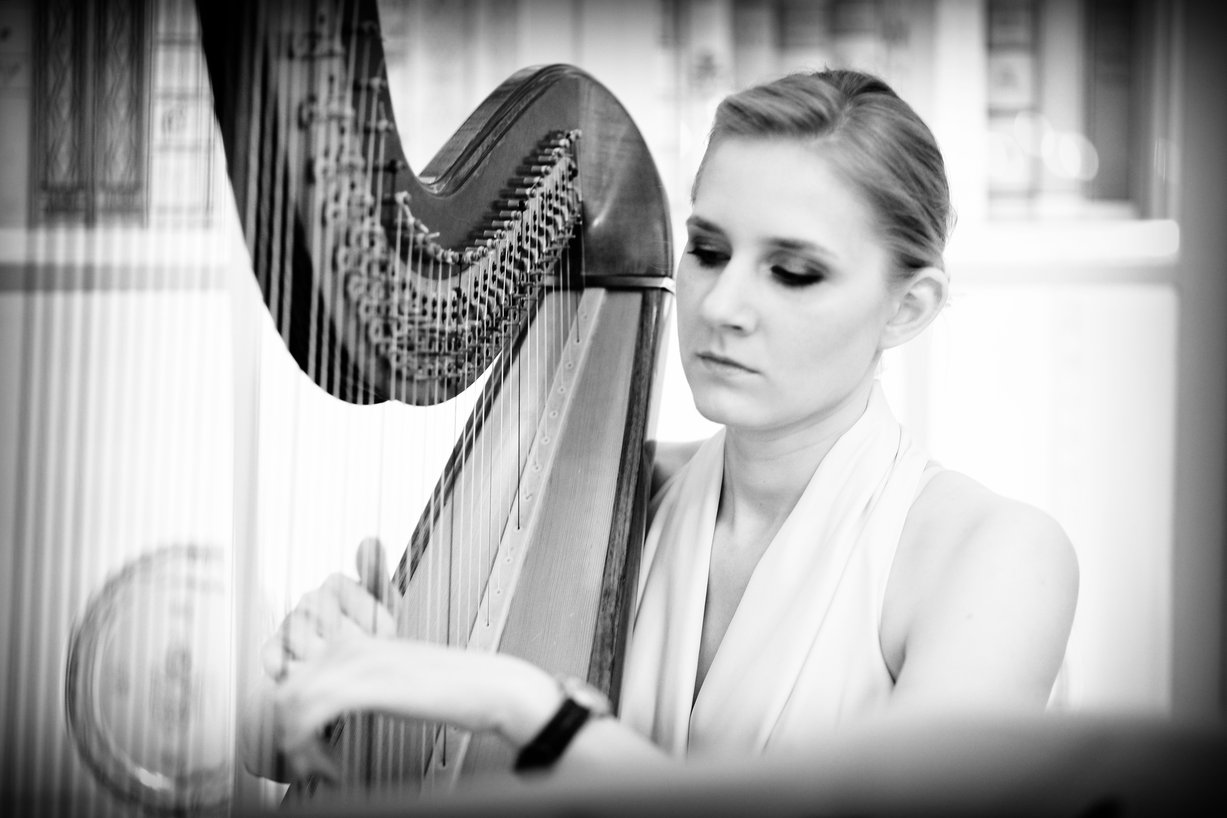 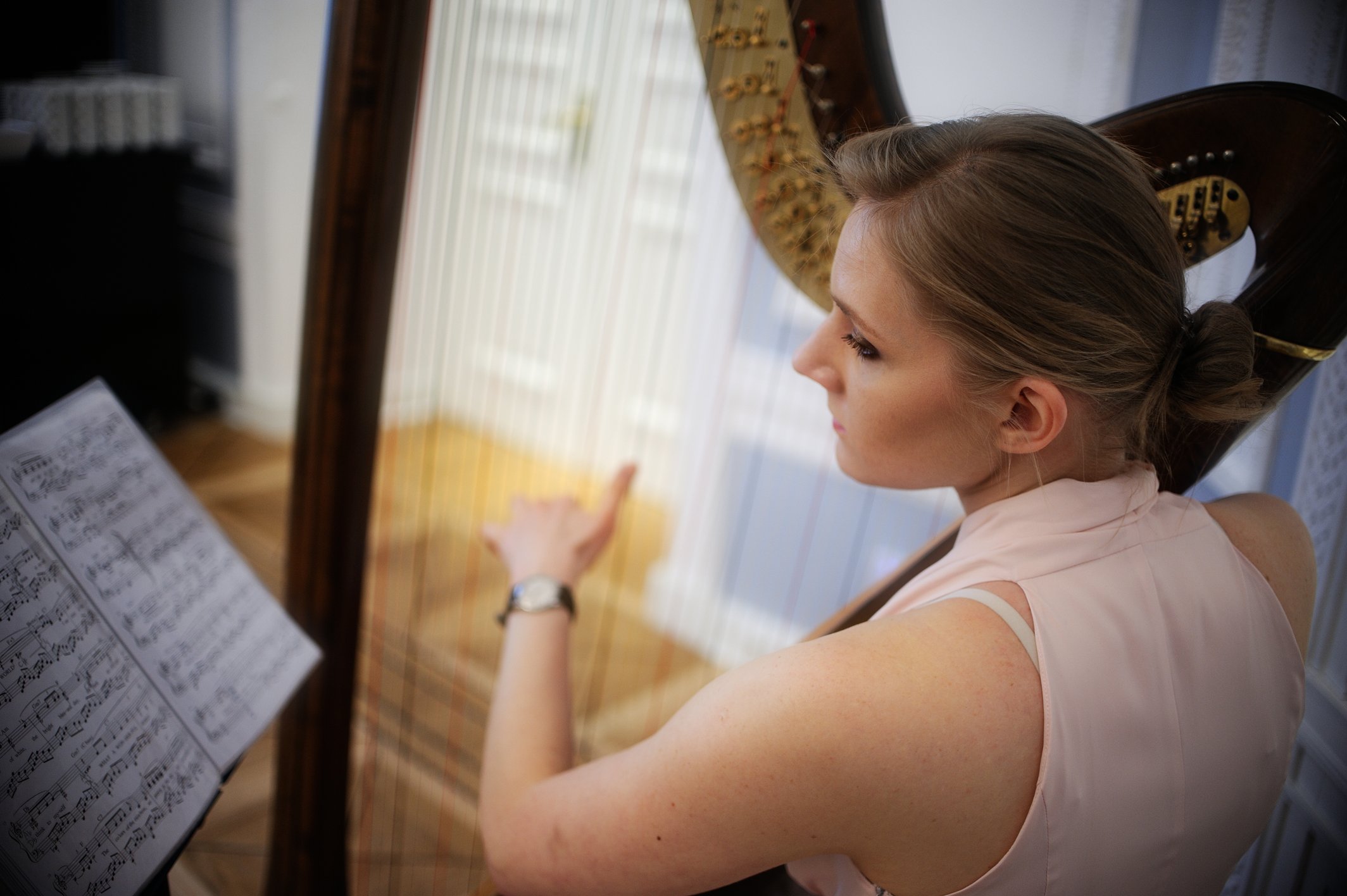 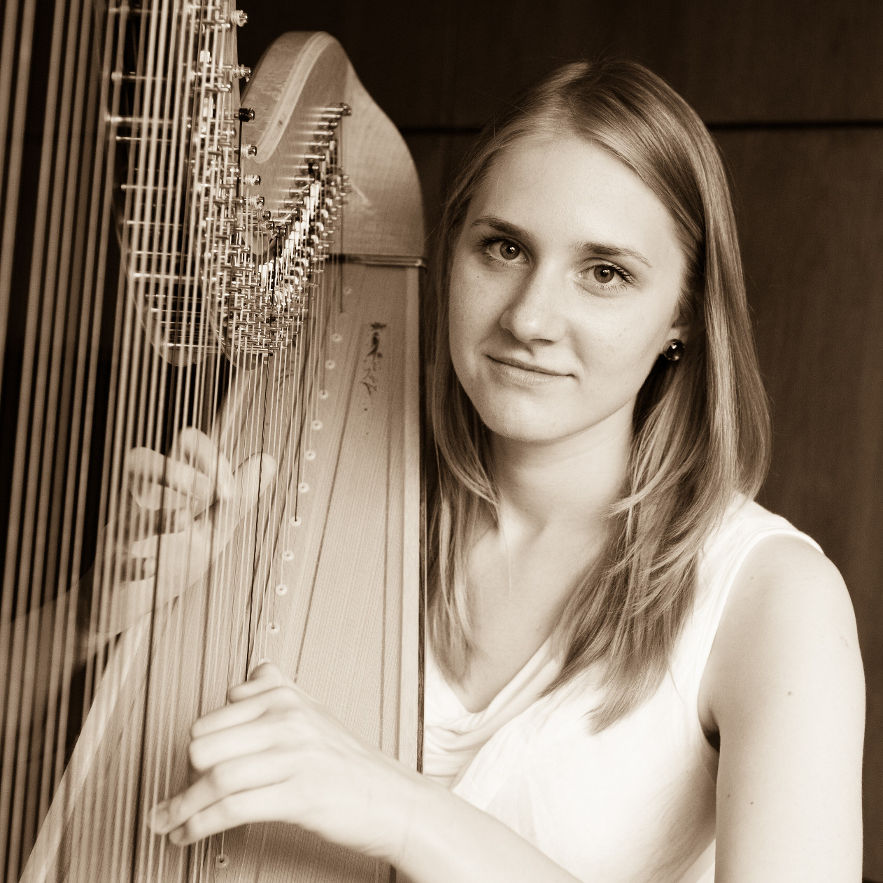 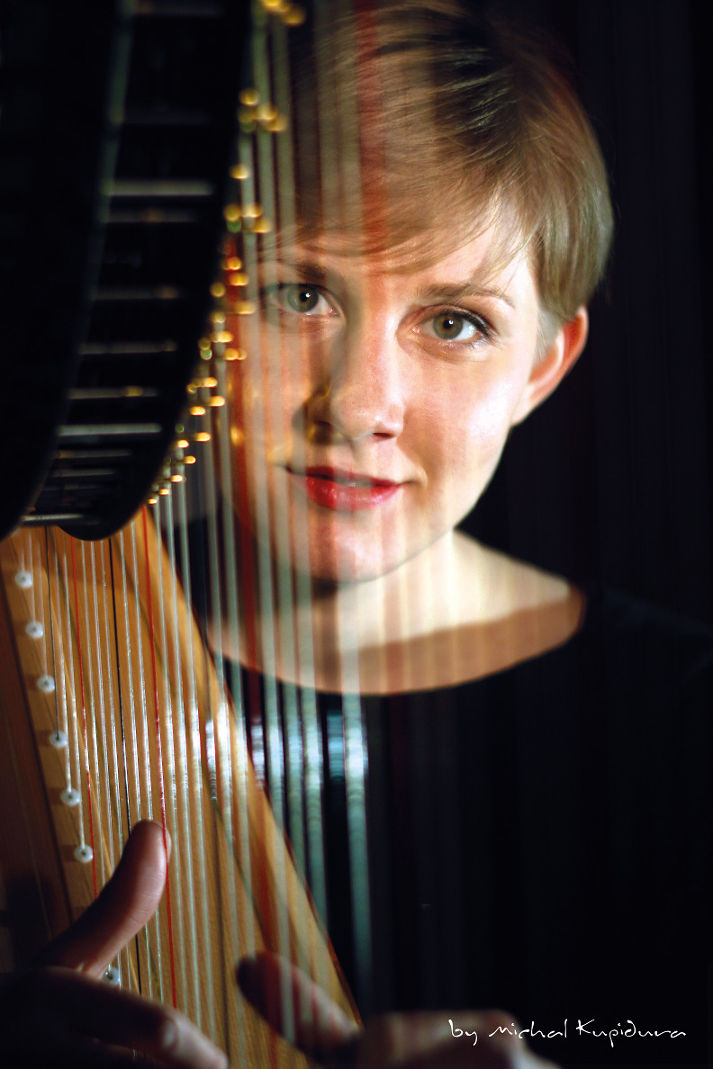 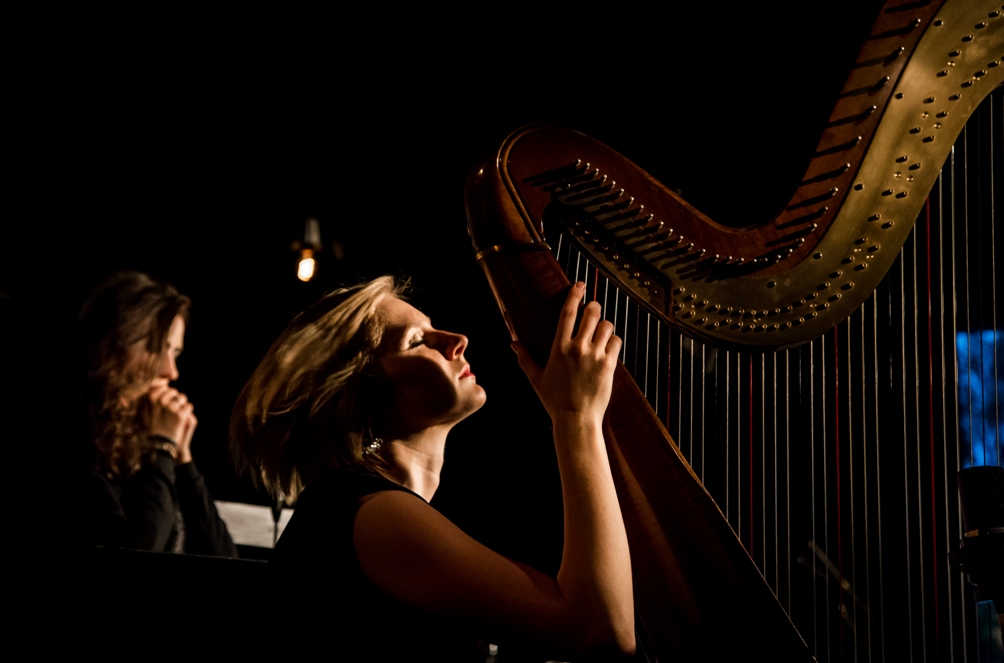 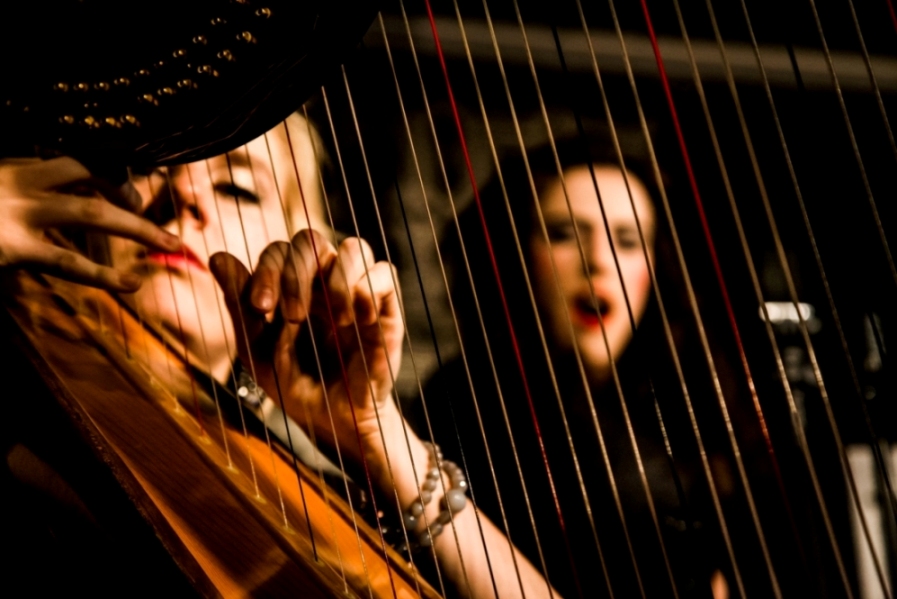 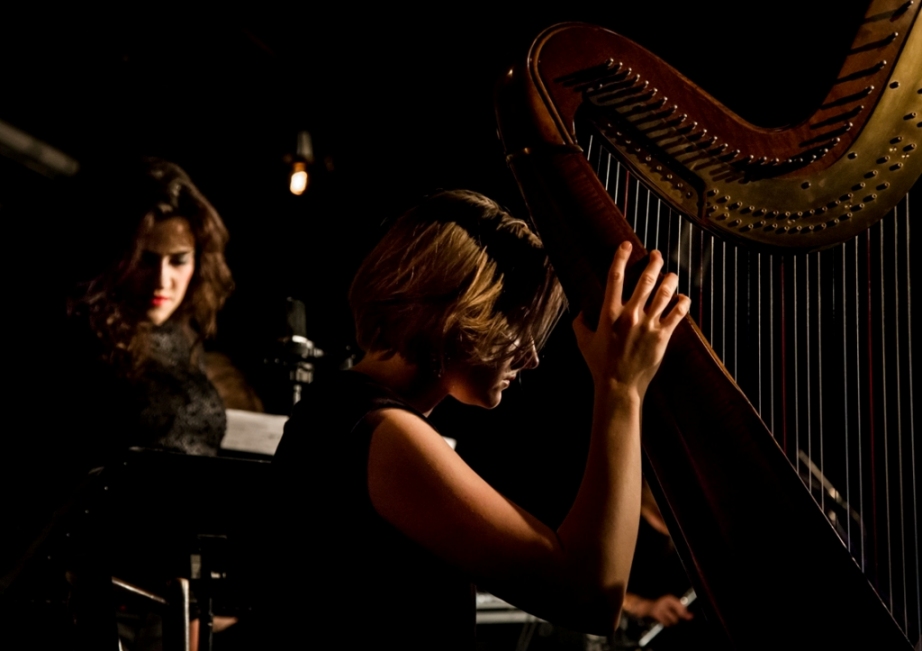 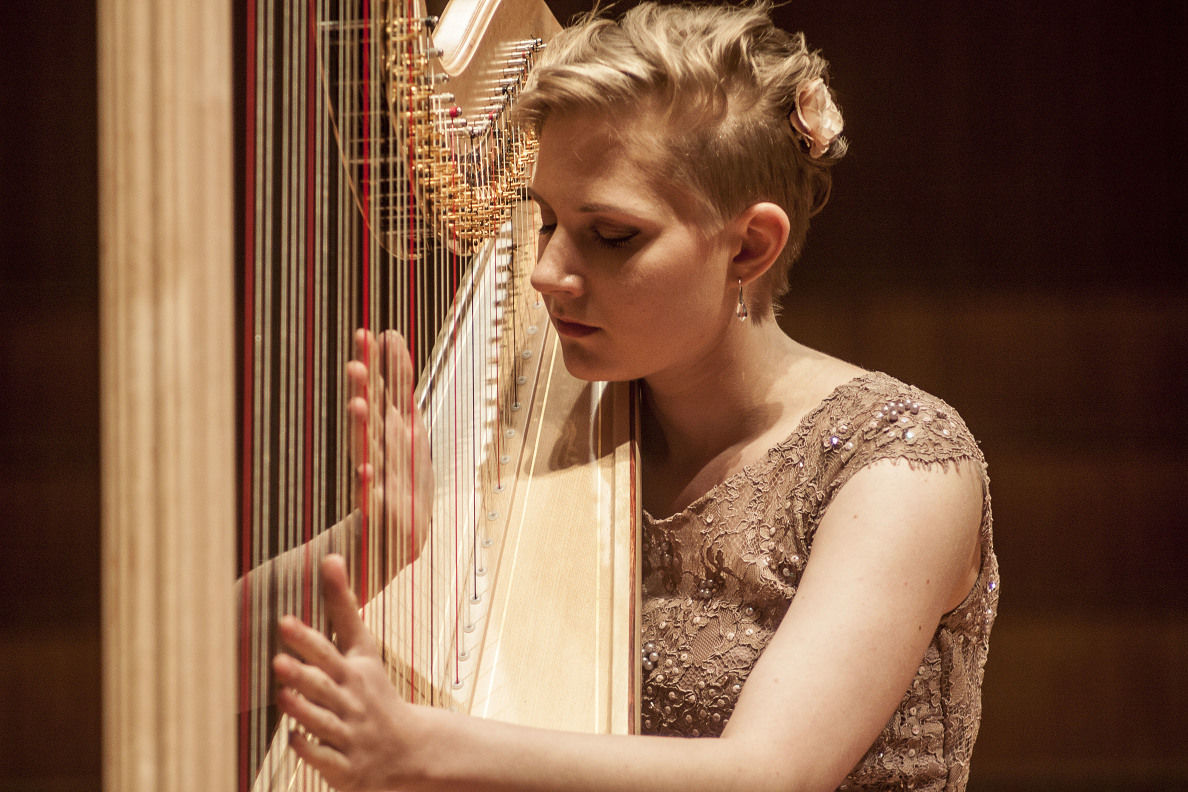